Hydroxyzine: What is Hydroxyzine? Uses, Benefits, and Research 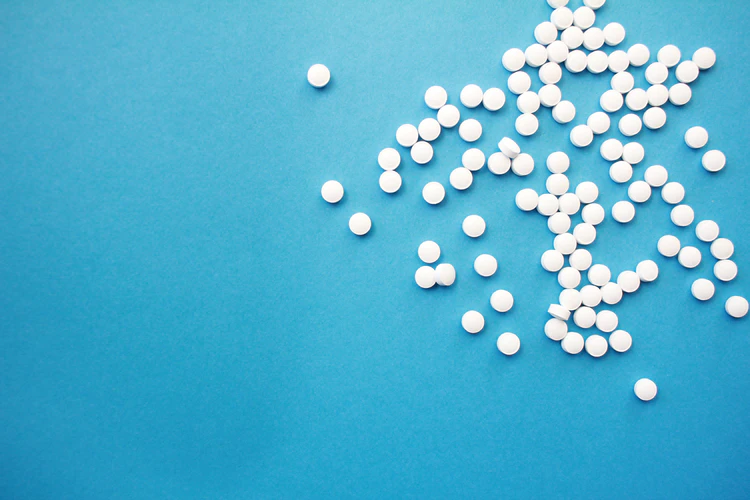 If you’ve never heard of hydroxyzine (known by the brand name Vistaril), you’re not alone. Hydroxyzine might not be the most well-known medication out there, but it packs a lot of punch: this drug is used to treat a wide variety of conditions ranging from anxiety disorder to allergic reactions, renal impairment and more. It may be able to treat enough to override taking You might be surprised to find that there are conditions you have that could be treated by hydroxyzine - possibly more than one! There’s plenty to know about this multi-tasking medication, so let’s dive in to find out how it works.

Let’s start with the basics. Officially, hydroxyzine is classified as an antihistamine drug, although it has a wide variety of other uses. Hydroxyzine blocks the natural substances, called histamines, that your body produces during an allergic reaction. Histamines can cause itching, hives, sneezing, and just about any other miserable allergy symptom you can think of which would need to be treated with cetirizine or levocetirizine. Hydroxyzine binds to histamine receptors, just like anticholinergic, in the body, preventing the cells from releasing the chemical messages that cause sneezing, itching, and increased mucus production.

What is hydroxyzine used to treat?

Hydroxyzine has a wide variety of clinical uses. The most common uses of the medication are described below, but less common conditions, such as renal impairment, vomiting, and alcohol withdrawal. It’s truly a jack of all trades!

Anxiety
Hydroxyzine is a popular medication used for the treatment of mild anxiety. It works by altering the effects of histamines and serotonin in our bodies. As it blocks histamines, hydroxyzine produces a calming effect, similar to the sleepiness you feel after taking Benadryl. Unlike other antihistamines, hydroxyzine also has an effect on serotonin, a chemical which affects mood. When used to treat anxiety, hydroxyzine is taken on a daily basis at room temperature and is generally combined with another medication, such as Celexa. Because hydroxyzine is not a controlled substance, like Ativan or Xanax, it does not carry the same risk of addiction as some other medications used to treat anxiety.

Nausea
In surgical settings, hydroxyzine is sometimes used to treat anxiety and nausea just like atarax that can occur prior to anesthesia. Because hydroxyzine is an antihistamine, it has the effect of calming the central nervous system, also known as CNS.

What is the cost of hydroxyzine?

Thanks to a large number of manufacturers of the generic form of the medication, hydroxyzine is generally covered by Medicare and most insurance plans. Cost depends on the form and the dosage, but the medication can generally be acquired for less than one dollar per pill (and sometimes significantly less). Use of a pharmacy discount card or paying the cash price can also lower the cost for uninsured individuals or those whose insurance does not cover hydroxyzine.

What are the benefits of using hydroxyzine?

There are many benefits to treating your medical conditions with hydroxyzine. The generic medication comes in many forms and strengths and is generally very affordable. Additionally, hydroxyzine can be used to treat a variety of conditions, so while you may be prescribed hydroxyzine for your anxiety, it may have the added benefit of reducing the symptoms of your seasonal allergies as well. Hydroxyzine is generally well-tolerated and can be used on patients of all ages under appropriate supervision. It can be taken with or without food, at regular times, or as needed.

How do I know what dose of hydroxyzine to take?

Hydroxyzine comes in a huge range of forms and strengths. Hydroxyzine tablets come in 5 mg, 25 mg, and 50 mg doses, while capsules are manufactured in 25 mg, 50 mg, and 100 mg strengths. Hydroxyzine also comes in the form of a syrup/oral suspension at a strength of 10 mg/5 mL, and in an injectable solution at strengths of 25 mg/5 mL and 50 mg/5 ml. The medication reaches its maximum effect approximately 30 to 60 minutes after it is taken, and adverse effects last for approximately 4 to 6 hours.

The dose of hydroxyzine that will be prescribed to you depends largely on the type of condition being treated, the severity of the condition, and the age, weight, and gender of the patient. Your doctor who can provide the most accurate medical advice, will prescribe the appropriate dosage for you. In some cases, your doctor may prescribe a dosage “range” depending on the severity of your symptoms on a given day. For example, you may be instructed to take 25 mg - 50 mg (1 to 2 capsules) per day depending on the severity of chronic hives (urticaria) managed by hydroxyzine. Hydroxyzine is considered safe for long term use.

Are there any side effects I should be aware of?

If you’ve ever taken over the counter allergy medications like Benadryl or Zyrtec, you’re likely already familiar with some of the common side effects of hydroxyzine, which include:

Other serious side effects associated with hydroxyzine can include:

Yes, it’s true. In what might be seen as the ultimate irony, this often-prescribed allergy medication can occasionally cause allergic reactions. If you experience signs of an allergic reaction to hydroxyzine, such as hives, difficulty breathing, or swelling of your face, lips, tongue, or throat, you should seek medical attention immediately.

What does the research say about taking hydroxyzine while pregnant or breastfeeding?

If you are pregnant or thinking about becoming pregnant, you should talk to your doctor before taking hydroxyzine. Studies performed on mice and rats found that use of hydroxyzine corresponded to an increased risk of birth defects. Because of uncertainty surrounding the impacts of hydroxyzine on fetuses in the first trimester, hydroxyzine is not recommended for use during the first trimester. Currently, hydroxyzine is considered to be safe for use in the second and third trimesters but should not be used during or immediately prior to labor. Use of hydroxyzine during labor may cause a drop in fetal heart rate, increase the risk of seizures in infants, and can increase short-term and long-term side effects when used in conjunction with narcotics.

Hydroxyzine can be transmitted through breast milk to infants, so use while breastfeeding is not recommended. Exposure to antihistamines in infants can result in drowsiness, irritability, or unexpectedly high levels of excitement in infants; additionally, hydroxyzine can lower milk production in breastfeeding mothers.

Who should not take hydroxyzine?

Hydroxyzine should not be used by women who are in their first trimester of pregnancy, are about to deliver a baby, or are breastfeeding. Due to the calming effect of hydroxyzine, you should talk to your doctor about taking this medication to avoid negative drug interactions if you are also taking sleeping pills, narcotic pain medicine, muscle relaxers, or medicine for anxiety, depression, or seizures. Hydroxyzine should not be used when under the influence of alcohol or narcotic drugs. Individuals taking hydroxyzine should avoid driving or operating dangerous machinery until they know how the medication affects them.

Hydroxyzine can cause heart problems, especially when combined with certain other medications. Make sure to tell your doctor about all medications you are taking, including prescription drugs, over-the-counter medicines, vitamins, and herbal products. Individuals with narrow-angle glaucoma, an enlarged prostate gland, hyperthyroidism, cardiovascular disease, hypertension, and asthma should use hydroxyzine hydrochloride with caution, if at all.

How do I know if hydroxyzine is right for me?

Only your doctor can prescribe hydroxyzine, hydroxyzine pamoate and hydroxyzine hydrochloride, so the first step in seeking treatment is to talk to your healthcare provider about symptoms you are experiencing. Your doctor will evaluate your medical history, your list of current medications, and talk to you about your lifestyle prior to prescribing hydroxyzine.