What You Need to Know About Wasp Stings

Insect stings are a common occurrence for those who spend much of their time outdoors. If you have ever been stung by wasps, then you know the pain that they cause. As wasps are prevalent in most of North America, it is important to know how to avoid wasp sting as well as what treatments there are if you do get one. In this article, we will go over everything from wasps themselves to wasp stings and everything in between.

What is a wasp?

A wasp, commonly known as yellow jackets or yellow jackets in North America, is any insect of the order Hymenoptera and suborder Apocrita that is neither a bee nor an ant. However, wasps are related to bees, ants, and sawflies. They can be distinguished from other insects in that they have two pairs of wings with the hind pair being larger than their fore pair. They also have a slender body and a sharply pointed abdomen. They range in color from black to yellow and their wings may be transparent. 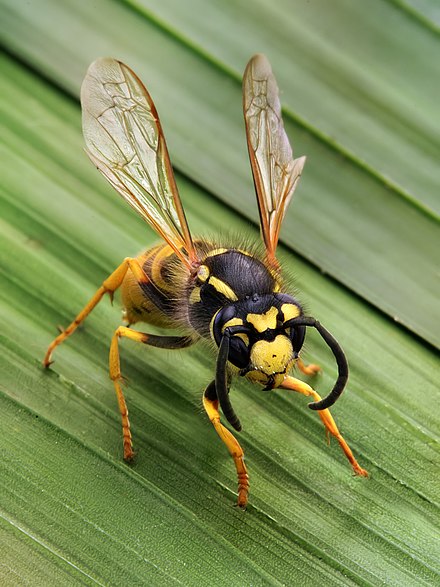 What is a wasp sting?

A wasp sting is an injection of venom by a wasp. The venom contains proteins that can cause an allergic reaction in some people and will feel like a localized sharp pain. This reaction can cause symptoms that range from a mild rash to anaphylactic shock, which can have a fatal outcome. When a wasp stings you, the wasp releases venom into your body, and your immune system reacts to this, releasing histamine and other chemicals that cause an itchy red bump at the site of the sting. The larger a wasp is, the more painful its sting will be since they have larger stinger muscles attached to their bodies for injecting venom in large amounts when needed.

What are the symptoms of a wasp sting?

The common symptoms of a wasp sting can vary depending on how allergic you are to the venom. For most people, the symptoms will be localized to the area where they were stung and will include pain, redness, swelling, and itching around the sting mark and will experience mild to moderate reactions. In more severe cases more severe toxic reactions like anaphylaxis can occur, which is a potentially life-threatening venom allergy reaction. Symptoms of anaphylaxis include hives, chest tightness, difficulty breathing, and swelling of the throat that can cause suffocation.

When should I see a doctor about wasp stings?

Diagnosis of wasp stings are usually based on the patient's description of the sting. If you have a history of wasp sting allergies, it is important to see a doctor immediately if you get stung by wasps since this can lead to anaphylaxis and potentially death. If any other symptoms arise after being stung such as difficulty breathing or swelling of your throat, then seeing a doctor is also recommended. If you are not experiencing any anaphylactic symptoms but have been stung multiple times, or if the sting is on your face or in a sensitive area, you should also see a doctor.

What are the treatments for wasp stings?

The treatment for wasp stings is usually to ease the pain and reduce inflammation. You can do this by applying a cold pack or damp cloth to the area, taking over-the-counter antihistamines such as Benadryl, also known as diphenhydramine, and if needed, oral steroids like prednisone. An over-the counter pain reliever such as ibuprofen may also be used to lessen the swelling and inflammation. If you are having anaphylactic symptoms, you will need to be treated with an EpiPen, also known as an epinephrine injection,  and transported to the hospital.

How much does a wasp sting hurt compared to a bee sting?

There are a couple of differences to note when comparing wasp stings vs. bee stings. First, wasps can sting multiple times whereas bees can only produce a single sting. The bee stinger has a barb on the end that usually gets stuck in the person's skin and can continue to release venom even when not attached to the bee's abdomen. The bee will die soon afterward due to the stinger being torn off of its body. Wasps, on the other hand, have a smooth stinger with no barb that they can continue to sting you with more than once.

In terms of pain, wasp stings tend to hurt more than a bee sting. A wasp releases a large amount of venom with its sting, which can cause severe pain and swell at the site where you have been stung. In addition, wasps only attack when they feel their nest is being threatened or if someone comes close enough that it feels as though its nest was being threatened. Some wasps give off warning signs before they attack, such as raising their abdomens and flicking their wings while facing the person who is close by or encroaching on its territory. Other wasps will not announce themselves at all before stinging you.

Can I prevent wasp stings?

Wasp and bee nests should be removed if you notice them on your property. If you see a wasp flying around, try to get away from it as quickly as possible by moving indoors or getting in your car if you cannot go inside. Wearing light-colored clothing that covers most of the skin will also decrease your chances of being stung, as wasps are attracted to dark colors. Wearing long pants and a long-sleeved shirt is also advisable, as they may prevent the stinger from reaching your skin. Open-toed shoes such as flip-flops should be avoided. Wasps also only attack when they feel their nesting area was being threatened, so you should keep your yard clean and remove any debris that wasps could build a nest with.

Avoid perfumes and other scents that might attract wasps, and do not drink from open cans or bottles outdoors as wasps can be drawn to the sweet liquids inside. If you are going to be in an area where there might be a lot of wasps, you can apply insect repellent and have bee sting kits ready in preparation for a sting and for extra protection. It's always better to err on the side of caution when it comes to wasp stings since they can cause severe reactions in people who are allergic. If you have an insect allergy, you should always carry an EpiPen on you whenever you will be in an area where there is a chance for interacting with these stinging insects. If you are allergic and happen to get stung, please administer the EpiPen and call 911 immediately as allergic reactions to wasp stings can result in death.

Wasps are a common insect that can be found in many countries and their habitat ranges over most of North America. If you are stung by a wasp, you will likely experience pain, swelling, and redness at the site of the sting. You can treat the symptoms with over-the-counter antihistamines and cold packs, but if you are having anaphylaxis-like reactions, you will need to be treated with an EpiPen and receive immediate medical attention. Wasp stings tend to hurt more than a bee sting, and wasps can also sting multiple times, unlike a bee. You should avoid wearing dark colors if wasps are known to be around since they will be attracted to this. Long pants, long sleeves, and avoiding open-toed shoes are also advisable if you will be in an area that could have wasps. Also, wasps usually only attack when they feel their nesting area was being threatened or if someone comes close enough that it feels as though its nest was being threatened so if you see a nest stay away and don't agitate it. Should you have any more questions, we recommend talking to your doctor or healthcare provider. If you have been stung by a wasp, treat the area as described above with a cold compress and OTC antihistamines unless you are allergic and have a severe reaction which can turn into anaphylactic shock. If you are allergic and are having an anaphylactic reaction, use your EpiPen to help with the symptoms and call 911 and seek emergency medical care immediately.