Turmeric is a spice that is used in many different cultures and cuisines although it is typically associated with Indian cuisine. It has been shown to have anti-inflammatory, antioxidant, and even cancer-fighting properties. We will go over 10 benefits of turmeric including its effects on your mood, digestion, skin health, and more. Additionally, we'll look at what turmeric is made from (curcumin), what the risks are for taking turmeric (very low according to current research), as well as how much turmeric you should consume.

Turmeric, or Curcuma longa, is a plant that belongs to the ginger family. The turmeric root is dried and ground into a powder, which is what we use as a spice in foods or to make supplements. Turmeric, as a spice, is often found in many Indian dishes. It has been used for centuries in traditional Ayurvedic medicine to treat various ailments, including indigestion, arthritis, and itching. 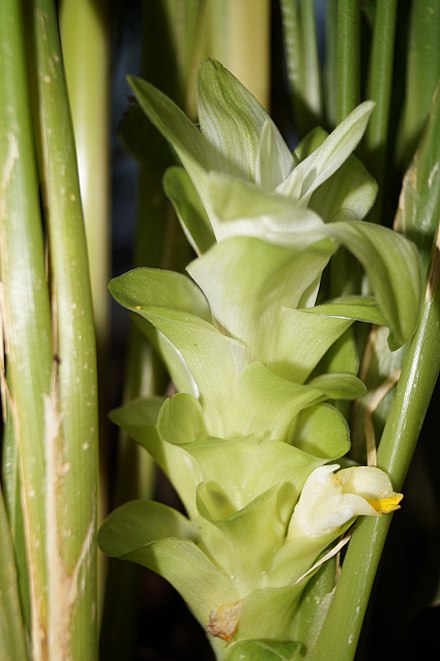 Curcumin, or diferuloylmethane, is a chemical that gives turmeric its bright yellow color. It's what gives curry powder and mustard their vibrant hues as well. Curcumin makes up about two to six percent of turmeric by weight. The antioxidant properties in turmeric are said to be mostly due to curcumin as curcumin is the main active ingredient in turmeric. It has been used in India for its medicinal properties. It acts as an antioxidant in the body by fighting free radicals or damaging cells caused by oxidation.

What are 10 benefits of taking turmeric?

Turmeric is a well-researched spice that has been used for centuries in many cultures from Indian cuisine to Chinese medicine. It's an antioxidant, anti-inflammatory, and may even help fight cancer cells. Both turmeric and curcumin have been studied to treat depression symptoms,  inflammation, and it can also help with indigestion. Curcumin has been shown to prevent cancer cell growth in some cases. Some potential health benefits of turmeric include:

Curcumin, turmeric's main active ingredient, has been shown in scientific studies to have anti-inflammatory benefits when taken as a dietary supplement or spice. It works as an anti-inflammatory drug by blocking the production of cyclooxygenase-two (COX-II), an enzyme that contributes to inflammation. This is why turmeric is often mentioned for arthritis relief, chronic inflammation, and joint pain.

Curcumin is said to work as a mood enhancer by increasing levels of serotonin and dopamine in the brain. For these reasons, it is thought to help with depression. Some studies have shown turmeric to be very effective for depression and one study showed it to be just as effective as Prozac.

Curcumin has had extensive scientific research and has been found to improve wound healing when applied topically. Curcumin helps fight free radicals that can damage skin cells. It has antioxidant properties that reduce oxidative damage to skin cells. Curcumin also helps speed up the wound-healing process by increasing blood flow and reducing inflammation in wounds.

Another benefit of turmeric is its anti-cancer benefits; curcumin can help prevent cancer cell growth and help destroy existing cancer cells. Studies show turmeric can be used to prevent and fight various types of cancer. It helps fight cancer by stopping the tumor cells from dividing and preventing them from spreading to other parts of the body. Curcumin also helps kill cancer cells by causing them to self-destruct.

Curcumin can help protect the heart against oxidative damage and can lower your risk of heart disease. Studies have shown turmeric is able to reduce inflammation and lipid levels, which play a role in cardiovascular disease and your blood pressure. It can also help improve the function of the endothelium, which is the lining of blood vessels.

Turmeric is a natural digestive aid and can help soothe an upset stomach. It has been used for centuries as a folk remedy to treat various gastrointestinal problems such as indigestion, bloating, diarrhea, and gas.

Turmeric has been shown to be effective for various skin conditions such as psoriasis, rosacea, and acne. Curcumin is also said to protect the skin against free radical damage that can cause wrinkles and sagging skin.

Curcumin may help reduce inflammation in fat cells and improve insulin function. This could lead to weight loss in people who are overweight or obese. Improving your insulin function helps with weight loss by preventing your body from storing excess sugar as fat.

Turmeric is one of the top dietary sources of antioxidants. It contains a powerful compound called turmerone, which is a curcuminoid, and gives turmeric its anti-inflammatory properties and has been found to have antioxidant effects. Antioxidants fight free radicals that can damage cells in your body.

Turmeric can be used to relieve itchy skin. The anti-inflammatory properties of turmeric help soothe the skin and reduce inflammation that can cause itching.

Are any of these benefits scientifically verified?

Yes and no. Some turmeric/curcumin claims have been supported by research while others haven't. There have been clinical studies and animal studies for some of the benefits while others are anecdotal and require further scientific evidence. One thing to keep in mind is that turmeric seems more effective when taken with black pepper, which contains piperine, a compound believed to increase absorption. This makes turmeric supplements more effective.

Are there any risks for taking turmeric?

Turmeric itself doesn't seem to have many side effects, but a few studies suggest it may not be safe if you take certain medications such as blood thinners and diabetes medication. If there are any side effects they are usually mild and side effects of turmeric include stomach upset, diarrhea, and dizziness. Talk with your doctor or healthcare provider before adding turmeric or curcumin supplements to your diet if you are pregnant, breastfeeding, have a medical condition, or are taking other medications.

What is a normal dose of turmeric?

A typical turmeric dosage can vary depending on the form and concentration you take it in, such as turmeric powder vs. curcumin supplements. Appropriate amounts of turmeric range from 500 mg to 2000 mg per day for a dose. You can always titrate by starting with a lower dose and increasing it gradually as needed while not ever exceeding the maximum recommended dosage.

How should I take turmeric?

Turmeric can be taken in pill form, as a powder that you add to food or drinks like teas, as a liquid, or as an essential oil like turmeric extracts. If you're taking turmeric for its health benefits, it's best to take it with black pepper, which contains piperine, so that your body can better absorb the curcumin. Look for supplements that contain piperine or BioPerine, a patented form of black pepper extract that has been shown to increase the absorption of turmeric and other supplements.

Turmeric is a spice used for centuries to add flavor to food and as a traditional medicine. Its active ingredient and the main component of turmeric is curcumin, which gives turmeric and mustard their bright yellow color and also contains antioxidants. There are many benefits to taking turmeric with some of the most popular being its anti-inflammatory, anticancer, and benefits to your heart including lowering your risk of heart disease among others. There have been numerous studies of turmeric and curcumin but not all of the benefits are scientifically proven. There are some very mild risks in taking turmeric and negative side effects include diarrhea and dizziness. You should also not take it before talking to your doctor if you are taking other medications. Doses of turmeric vary from 500 mg to 2000 mg per day and they are usually taken in pill form or as a turmeric supplement in powder form, although people make teas out of it and include it in their daily diet, too. If you think turmeric may be beneficial or you have further questions, we recommend talking to your doctor, pharmacist, or healthcare provider to determine if it is right for you.

The Pathological Liar: What is it and How to Deal with It

The Truth About Jojoba Oil