Skin Tag on the Nipple? Easy Removal Methods That Work

Skin tags can appear anywhere on the face or body. They’re not a medical concern (they’re non-malignant), but can be embarrassing or become irritated when they form on the nipple, chest or breasts.

They can be uncomfortable when apparel rubs against them, such as your bra or a figure-hugging top. It’s more common than you might think.

The nipple is a horrible place to have a skin tag, and some have more than one. It can be scary as you may be concerned that you have a form of breast or skin cancer.

This isn’t the case as skin tags are a benign condition. They’re nothing to worry about, medically. Of course, that doesn’t mean that it’s not a problem that you want to leave alone.

They can have implications for your relationships and confidence, in certain circumstances.

Medical treatments aren’t cheap, especially if you have a cluster of skin tags. That’s why over-the-counter removal methods are so popular, but you do have to be careful due to the position of the growth.

If you want a natural remedy that works, Apothecary Tea Tree Oil is an great choice

About 50% of people will get a skin tag during their lifetime. Usually, skin tags are the same color as your skin.

If it’s turned black, despite what you might think, there is no cause for alarm. It just means that the skin tag may have become twisted and has been deprived of oxygen. It’ll usually fall off on its own in a few weeks.

Why Do I Have a Skin Tag on the Nipple? 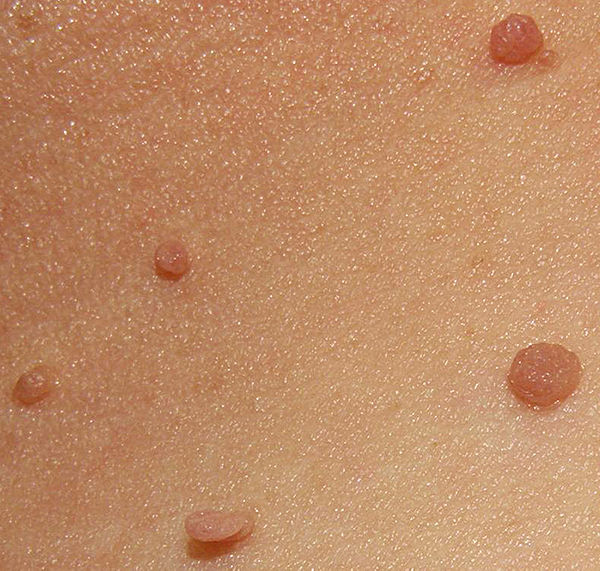 Some people cut skin tags off with nail clippers, but cutting off a skin tag on the nipple is not advisable. There will be intense pain and a lot of bleeding.

It will almost certainly result in an infection and scarring, which is the last thing that you want to happen.

If you want skin tags removed surgically, the removal process must be performed by a doctor.

It’s more expensive than self-removal, but you’ll be glad that you invested a little extra in getting the procedure performed correctly.

There are essential oils that you can apply that can work, such as Australian tea tree oil. Dilute it with a carrier oil, such as castor oil or a few drops of water, and apply it directly to the skin tag 3 times a day (morning, afternoon, and night).

The process must be continued until you get results, which usually takes 3 to 6 weeks. You can learn more about how to apply tea tree oil for skin tags in this article.

Despite the fact that the nipple is a sensitive area, tying off skin tags works well. It involves securing some floss or string tightly around the skin tag.

The objective is to deprive the growth of oxygen. You’ll know that it’s working when the skin tag starts to change color and shrivel up.

You do have to be careful because the area can become tender and start to weep. We’ll talk more about the Micro TagBand shortly.

There are different ways to remove a skin tag on the nipple without too much discomfort. Here are some of your options:

The TagBand works much like tying off of skin tags (mentioned above), but it is much easier to do and far more sterile. You only have to put the band on once using the supplied device. Just let the band do its work, and you’ll be free of skin tags in about a week’s time.

Tea tree oil has been used for centuries due to its healing properties. This can remove a skin tag by drying it out, thus depriving it of oxygenated blood.

It does take a bit longer to work, about 3 to 6 weeks, but it is painless and safe.

Skincell Pro is a powerful serum made from natural ingredients. With just a few drops applied to a blemish, the serum works to penetrate to the root of a mole or skin tag. These small flaps of skin can be removed by doctors, but health insurances won’t cover the cost. So it will be an expense that is met from your pocket.

Doctors have different ways of removing skin tags, but you can also get rid of them yourself at home.

The option that you choose and the health of the nipple will likely determine how you decide to proceed. Don’t perform treatment if you have an infection.

We have discussed some of the best ways to get rid of a nipple skin tag. You can be assured that they do work, assuming that the removal process is followed correctly.

The safest way to remove skin tags is Australian Apothecary tea tree oil, but monitor the way that your body reacts. While it’s normal for the skin tag to change color, keep a close eye on the surrounding skin and tenderness of the area.