Home  ›  Blog  ›  Wellness  ›  All You Need to Know About Razor Bumps: Causes, Treatments, and Prevention

All You Need to Know About Razor Bumps: Causes, Treatments, and Prevention

If you've ever shaved your legs or face and had razor bumps all over, then you know how frustrating razor bumps can be.

Razor bumps are an inflammation of the hair follicles that surround the area where you shaved.

They're similar to razor burn although they aren't the same thing.

This article will answer all your questions about razor bumps, what they are, how to get rid of them, and more.

What are razor bumps?

Razor bumps are an inflammation of the hair follicles that surround the area where you shaved.

If your hair is curly, it can curl back around and grow into the skin, causing razor bumps. 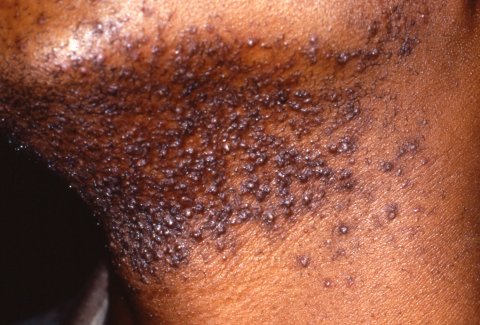 How do you get razor bumps?

Razor bumps are caused by shaving too closely and can be unsightly and irritating.

It's common to get razor bumps on your face when you shave your facial hair or neck with a razor that has an exposed razor blade or if you don't change the blades frequently enough which can cause a dull blade.

New, sharp blades are best as it won't it has less chance to cause irritation. People with sensitive skin are also more likely to develop razor burn.

You may also experience razor burns on your legs after a close shave with a razor, even if you use shaving cream.

Razor bumps can also develop on the bikini line and underarms.

How do you treat razor bumps?

There are many razor bumps treatments on the market, but you can cure razor bumps with at-home care.

First of all, stop shaving in the razor burn area. Use an electric razor or a razor with a guard to shave the affected area and allow time for your skin to heal.

Apply an over-the-counter cortisone cream to soothe razor bumps. You can also try applying a warm washcloth or ice packs to the affected area to reduce razor bumps.

It's best not to pick at razor burns, which can cause scarring and lead to infection. If the razor bumps are particularly painful, your doctor might prescribe you an antibiotic to take orally or a steroid ointment to apply topically.

What is the best at-home treatment for razor bumps?

There are several at-home remedies you can do should you get razor bumps such as using a moisturizing cream, tea tree oil, or aloe vera, but if razor bumps continue to return you should go see a dermatologist.

Using warm water on a washcloth

If using aloe gel it is always best to use it directly from a plant. All you have to do is cut open one of the leaves and remove the green gelatin-looking substance inside and rub over the affected areas.

Repeat this process a few times a day as needed until the bumps disappear.

Tea tree oil is another all-natural remedy should you suffer from razor bumps. To help treat your razor bumps with tea tree oil, simply take the oil and apply it to a cotton swab before using it as a spot treatment.

Please use caution when using tea tree oil, it can be good for the skin but some people are also allergic to it.

It is recommended that you apply it to a small area first and if no allergic reaction occurs then use it on your other razor bumps. Should the skin irritation become worse or redden, discontinue use and see your healthcare provider.

Razor bump treatments can be very costly and time-consuming depending on the severity of your razor bumps.

There are also other razor bump treatment options for people who want an alternative approach such as laser hair removal.

If razor bumps are caused by an underlying skin condition like folliculitis, then that is what razor bump treatment will focus on.

How do you prevent razor bumps?

There are several ways to prevent razor bumps and these include:

The best way to ensure no razor bumps is to stop shaving. Please also note that the risk of razor bumps can also occur with waxing or plucking, so it isn't only when you use a razor.

What is the difference between razor burn and razor bumps?

Razor burn and razor bumps are both caused by shaving, but razor burn is not an inflammation of the hair follicles.

Razor burns are red patches on your skin that are caused by the razor tugging at your skin.

They can also be caused by using a dull razor or not using enough shaving cream when shaving.

Razor burns go away on their own after a couple of days, and razor bumps can too although they can also stay for much longer.

Razor bumps, on the other hand, are caused by the hair curling and growing the wrong way after being cut.

Razor burn and razor bumps can be difficult to tell apart; however.

While razor burns manifest themselves in red marks or rashes which go away after a few days razor bumps can be much more severe and may take days or weeks to heal. Razor bumps when shaving can also potentially lead to scarring.

Razor bumps are little bumps on your skin caused by shaving, plucking, waxing, or other hair removal methods.

The recently cut or removed hair starts to regrow in the wrong direction causing an irritated bump and irritation to your skin and people with curly hair are more likely to be affected by it.

To treat razor bumps there are many remedies including, ice packs, moisturizing cream, aloe vera, and tea tree oil.

The best way to prevent razor bumps is to not shave, but if this is not possible, there are also other DIY and home remedies to prevent razor bumps which include using thick shaving cream, holding the skin taut while shaving, using a moisturizer after shaving or aftershave with aloe vera in it. Razor bumps are not the same as razor burn.

Razor burn is caused by the razor rubbing the skin while razor bumps are caused by shaving hairs on your body and the hair regrowing the wrong way.

Should you have any further questions, we recommend that you talk to your doctor or pharmacist today.