The Complete Guide to Moon Water

What is Moon Water? | How do you make it? | Is this scientifically supported? | Uses | Safety

The moon is a powerful and mysterious force that has been studied for centuries.

Many cultures, beliefs, and religions have moon phases as part of their tradition and some use moon water as one of their ritual tools.

The moon also has an effect on our earth; it causes tides to rise and fall in the ocean due to its gravitational pull.

There are many claims about what moon water can do for you – some good, some bad. But does science support moon water?

This article discusses all aspects of moon water including how it's collected, what phases of the moon should I collect from, is there anything unsafe about moon water, how do I use this miraculous liquid? And finally, we will answer the question "what is the best way to use moon water?"

What is moon water?

Moon water is water that has been exposed to moonlight and is collected and bottled.

The light of the moon has many alleged benefits including detoxification, cleansing, cooling properties, calming effects on emotions, etc. and it is thought that the water can collect this lunar energy.

This substance has been used for centuries by many cultures around the world. Moon water, also known as moonlight or moonbeams, is collected through moon phases and can be used for various purposes including healing, luck, fertility, and power, and is said to have overall positive energy.

There are many ways to collect moon water ranging from using a bowl of still water outside at night, putting water on your window sill, or even catching it in your hands.

How do you make moon water?

Making moon water is easy and only requires a few different items from around the house.

To make moon water, you need to collect moonlight in a clean, clear bowl or container that is filled with plenty of water.

A mason jar is a common way to collect and store it. You can use any type of container that will allow you to see the moon's reflection on the surface of the moon water.

Once collected, place your bowl outside or on a window sill facing towards the moon and leave it there for several hours or until before sunrise, whichever comes sooner.

Some people believe the best moon phase to collect moon water is when the moon has reached its fullest; this moon phase lasts about three days but we will talk about this later.

There are many claims about what moon water can do for you – some good, some bad. But does science support moon water?

The answer is yes and no.

There is no scientific evidence to show that moonlight has any special properties or effects on the human body and mind.

While it may seem like a silly idea, there are many people who believe in moon water and its healing power and attribute their success stories to this celestial liquid.

That being said, there have been studies that show the effect of the moon on people's bodies.

This does not mean that moon water would necessarily affect your body; however, it does show that a lunar event can have an effect on people.

We all know how the moon affects tides and animals, so it shouldn't surprise people that it can have an effect on humans too.

For example, in a 2014 study, it was found that people have more rapid eye movement, or REM, and less quality sleep during a full moon. 2014 Association between lunar phase and sleep characteristics Study: https://pubmed.ncbi.nlm.nih.gov/25266502/

What is moon water used for?

Moon water has many supposed uses and benefits according to people who use it.

You can drink moon water, apply it to the skin, which is called a moon bath, or even sprinkled around an area; its intended purpose varies by person and culture.

Many people believe that drinking moon water will bring them luck in love, help with their health issues, or even bring them happiness.

Others believe that this lunar water is used to fight off evil spirits, gain courage in battle, or protect themselves from unknown dangers when traveling at night and repel negative energy.

The most common benefits of moon water include:

Moon water is known to protect the user from evil spirits, danger, and other forces that may cause harm or misfortune.

It can also be used for protection in war and when traveling at night.

Moon water has been said to help heal certain physical ailments such as headaches and cramps.

Others believe moon water can help people who are emotionally distraught or mentally unstable.

Moon water is said to bring good luck in several areas of life including love, money, and general happiness and well-being.

Many believe moon water can be used as a tool for manifestation, meaning moon water is believed to help the user achieve their goals and desires.

It can be used when creating moon magic spells or wishing on a moonstone.

People believe moon water will increase fertility in women and men alike, which has been seen by some couples who swear they would not have gotten pregnant without drinking moon water every day during their most fertile moon phase.

What phases of the moon should I collect moon water and what do they mean?

There are four principal lunar phases and we will elaborate on when it is said you should collect water in each one.

The new moon phase is when the moon is not visible to the naked eye.

This means that no matter where you look, there isn't any moonlight present in the sky at this time. Drinking water during this phase of the moon is said to increase personal strength and improve overall health.

The waxing moon phase can also be called the first quarter phase too.

This moon phase is when the moon starts to become visible in the sky.

You can most easily see moonlight in this phase during twilight, just after the sun goes down. This moon water is said to increase personal strength and improve overall health.

This moon phase is when the moon appears full in the sky.

This moon water can be used for good luck, love, protection against evil forces and to improve health.

The waning moon phase can also be called the third-quarter moon phase too. This moon phase occurs after the moon is full in the sky.

In this moon phase, moonlight appears to fade and is not as bright when compared to the full moon phase. This moon water is said to bring good luck, love, protection against evil forces, and improve health. 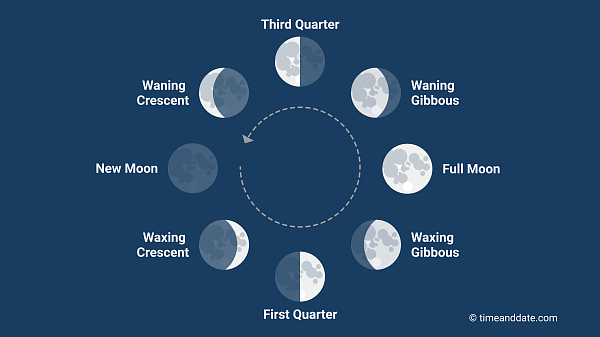 Is there anything unsafe about moon water?

Surprisingly, moon water is safe for anyone to drink as long as it has been properly collected and prepared.

There are no laws or rules against drinking moon water, though some cultures believe that collecting moon water during certain phases of the moon will bring bad luck.

In short, use clean a clean glass container, or any other transparent container, and store your moon water appropriately like any other water so it does not spoil or become contaminated.

What is the best way to use moon water?

Moon water is said to have many different uses so it depends on what result you are looking for when using moon water.

It can be used for drinking, bathing, or applied directly on the skin without any preparation other than making sure it has been properly collected and stored.

We have covered the most common uses for moon water above and we highly recommend you read those as well as do your own research to see what works best for your needs.

Additional Information from around the web

Moon water is water molecules that have been directly exposed to moonlight.

To make moon water, all you have to do is put water in a see-through container and put it on a window sill or outside for some of the night.

There is no scientific evidence supporting any use of moon water; however, there have been some studies that show the effect of the moon on humans.

Moon water can be used for many things including health, love spells, or just for good luck.

There are four moon phases of the moon and they all have different meanings when it comes to moon water.

Drinking moon water is safe if you use clean glassware or containers, use potable water, and store it properly like normal, fresh water. Only you can know the best way to use moon water and we hope to have answered all your questions about it.

View Printer Friendly Version
Tweet
1 out of 2 found this helpful.