The Wonders of Cheek Dimples: Questions You've Had, Answered

Cheek dimples are dimples that are formed in the cheek area, usually on both sides of the face although not always.

The dimple is an indentation in the cheek that results from excess fat below the surface of the skin, and it's often considered to be one of the most attractive facial features.

This article discusses all your questions about dimples like how they form, why people like them, what kind you can get on your face or elsewhere on your body, and more.

What exactly are dimples?

Dimples are small, shallow holes in the skin. They can form on your face and other parts of your body too. The medical term for dimples is "cutaneous dimples."

Cutaneous just means any dimple that forms from the top layer of skin being pulled down into a deeper hole or depression in the surface of the skin.

These dimples are often found on your face, but can also occur elsewhere on your body.

Dimples usually form on mobile tissue, which means you can dimple your cheeks, chin, upper arms, and even one dimple on the tailbone.

People with cleft chins will often form a chin dimple too. They may also be caused by variations in your facial muscle and structure, such as your cheekbones being more pronounced on one side of your face. 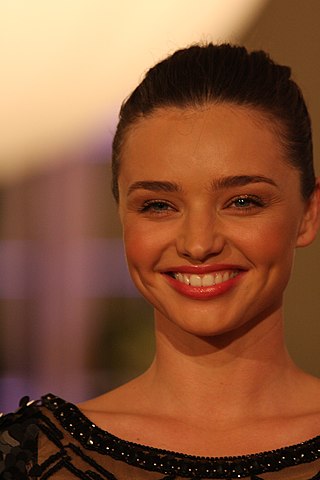 How do cheek dimples form?

It is not completely understood why some people have dimples while others don't.

The dimples form when there is a little depression in the cheek's underlying structure of bone and tissue that pulls down deeper tissues with it resulting in an indentation or dimple in the skin.

The development of dimples typically form at the cheekbone.

Dimples are caused by a muscle attached to the cheekbone or skull bones called buccinator muscles.

When dimples form, the dimple is created when this muscle pulls down deeper tissues resulting in an indentation.

Are dimples down to genetics?

Yes, dimples are genetic and genes can be passed on from parent to child as a dominant trait.

In other words, if both of your parents have them, there is a good chance that you will get dimples too.

This is one of the reasons dimples tend to run in families.

This isn't the only factor though, dimples can also occur randomly, without any genetic predisposition, if the muscles in your cheek are pulled down by something stimulating them.

People tend to find dimpled cheeks very attractive and some even consider dimples as cute or charming.

Dimple piercings are even a popular trend recently to try to create dimples artificially. Some think dimples make a face more cute, attractive, or approachable.

Quite simply, some view dimples as a beauty feature.

People with dimples tend to be seen as more innocent and dimples are often associated with youth.

Dimples have also been used in copywriting to make a person or product seem more friendly, approachable, or relatable.

What are the different kinds of dimples you can get on your face?

There is a huge variety of dimple types and patterns. Some people have one dimple, some have two symmetrical dimples, and others may even have three or more.

There is usually one dimple located in each cheek, but occasionally there may be two smaller dimples directly next to each other instead of just one big indentation.

Dimpled cheeks tend to look more prominent when people smile and dimples can be formed for a variety of reasons.

With regards to symmetry, most people will either develop one dimple that's slightly off-center or two dimples that are perfectly symmetrical.

It was found by renowned plastic surgeon Khoo Boo-Chai that dimples typically occur at the KBC point, which is the intersection of lines drawn straight across from the corner of your mouth and another line drawn down from the edge of your eye.

Can I get dimples if I don't have them?

Yes. Although you get natural dimples because of genetics, there are now ways to add them via plastic surgery.

The plastic surgery available is called dimpleplasty that can give you dimples on your face and it involves creating dimples in the cheek by making an incision, removing a small amount of fat underneath your skin to create dimples.

There is also the option to get dimple piercings, which involves having two or more holes punched into your cheek that meets together in one dimpled hole on your face.

Do dimples form elsewhere on the body besides the face?

Yes. Facial dimples are not the only dimples that occur on the human body. Dimples can also occur around or under other parts of your body like the chin, legs, arms, and even breasts when stimulated correctly.

People often refer to dimples as "imperfect dimples" when they are actually a result of an imperfection or physical problem that needs medical attention, which is why it's important to go see a doctor if you notice any dimpling on your body.

You can also form a dimple on your lower back called sacral dimple.

These occur when dimples are formed on the sacral bone, which is located at the base of your spine. Most people have either one dimple or two dimples in this area but some can get more than that.

You can also form dimples near other parts of your body like the back and legs if you stimulate muscles underneath them correctly, although dimples in these areas are much rarer than dimples on the face.

Cheek dimples are small indentations on your face that occur when the cheek muscle is flexed and may look more prominent when smiling.

People get dimples because of genetics, usually when both parents have the dominant gene, although that isn't always the case.

However, if you don't have dimples they can be formed in different ways such as dimple piercings or dimpleplasty surgery.

Dimples also form underneath other parts of the body such as the chin, legs, arms, and breasts in rare cases.

Should you have any other questions regarding your dimples or getting plastic surgery for them, please consult with your healthcare provider.