Cymbalta: How Long Does it Take to Work?

If you are one of the millions of Americans who is affected by common mental and physical health conditions like major depressive disorder, generalized anxiety disorder, fibromyalgia, and diabetic neuropathy, you may be surprised to know that one medication, Cymbalta, can offer relief for all of your symptoms.

Cymbalta is a prescription medication that can be safely used to treat a number of physical and mental health conditions, but how long does Cymbalta take to work?

The U.S. Food and Drug Administration (FDA) first approved Cymbalta in August 2004 for the treatment of depression, and it quickly became one of the most commonly prescribed antidepressants in the United States.

An estimated 16.5 million prescriptions were written for Cymbalta in 2017, making it the 46th most popularly prescribed drug in the United States. 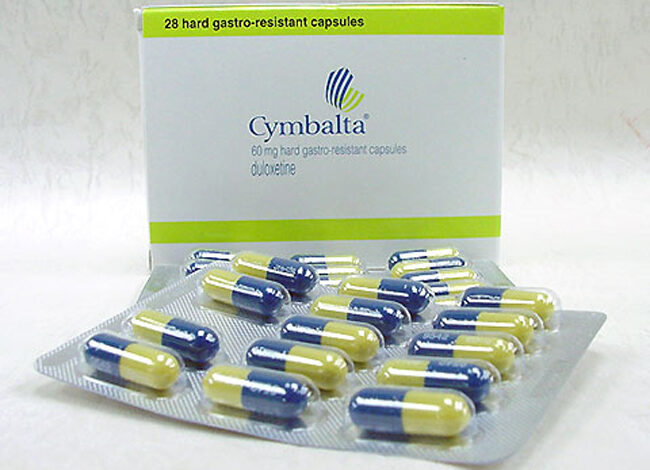 What is Cymbalta Used to Treat?

Cymbalta is approved for the treatment of major depressive disorder and other physical and mental health conditions, including general anxiety disorder (GAD) in adults and children who are at least seven years old, diabetic neuropathy, and fibromyalgia.

A brief explanation of each of these conditions and their associated symptoms is provided below.

Major depressive disorder, also known as clinical depression, is a mental health condition characterized by intense, persistent feelings of sadness that last for at least two weeks or more.

The condition impacts all areas of a person’s life, including sleeping patterns, appetite,  mood, and behaviors. It is common for people with major depressive disorder to lose interest in hobbies or activities that they once enjoyed, experience difficulty performing daily tasks, and experience suicidal thoughts or behaviors.

The following symptoms are commonly associated with major depressive disorder:

Symptoms commonly associated with generalized anxiety disorder may culminate in a panic attack and can include an increased heart rate, trouble concentrating, rapid breathing, restlessness, and difficulty falling asleep.

A more acute form of anxiety, called an anxiety attack or panic attack, has symptoms that include dry mouth, feeling faint or dizzy, shortness of breath, sweating, chills or hot flashes, apprehension and worry, restlessness, distress, fear, numbness or tingling.

Fibromyalgia is characterized by unexplainable chronic musculoskeletal pain that occurs all over the body.

The cause of fibromyalgia is unclear, but it may be linked to improper processing of pain signals by the brain, which causes painful sensations to be amplified.

The FDA also now lets you take Cymbalta for other types of chronic pain such as diabetic peripheral neuropathic pain, back pain, and more.

Diabetic peripheral neuropathy is a complication of diabetes that can occur when patients are unable to control their high blood sugar.

Chronically high blood sugar levels cause damage to the nerves in the body, particularly in the legs and feet.

Symptoms of diabetic neuropathy can range from problems with the blood vessels and heart to pain and numbness in the legs and feet, as well as digestive issues or urinary tract problems.

Starting Cymbalta should be discussed with a healthcare provider especially in the case of breastfeeding (as it can pass into breast milk), narrow angle glaucoma, psychiatric disorders such as bipolar disorder that involve manic episodes, a history of liver damage, liver problems, or liver injury, or have a history of high blood pressure.

How Long Does Cymbalta Take to Work?

Like most SSNRIs and antidepressants, Cymbalta does not work immediately.

It takes time for the drug to begin to affect the imbalance of chemicals within the brain.

It is possible to notice improvement in sleep, energy levels, and appetite within the first one to two weeks of taking the medication.

Improvement in depressed mood and increases in interest in activities may take longer to occur, sometimes up to six to eight weeks to fully improve.

Treatment Options for Depression, Anxiety, and Other Mental Health Ailment

How Much Does Cymbalta Cost?

Cymbalta, the brand name medication, is also available in a generic form as duloxetine, which is substantially less expensive than Cymbalta.

Cymbalta is covered by some commercial insurance plans and may be covered by Medicare and Medicaid, but the generic version of the medication is covered by nearly all plans.

Regardless of your insured status, it is possible to find both the generic and brand name versions of the drug at a lower price by using a pharmacy discount card.

The following table compares the costs of a 30 day supply of Cymbalta and duloxetine.

Costs of a 30-Day Supply of Cymbalta and Duloxetine

How Do I Know What Dose of Cymbalta to Take?

Your healthcare provider will determine the right dose of Cymbalta for each patient based on their age, the form of the medication they take,  and the condition being treated.

SSNRIs like Cymbalta often need to be adjusted several times before the right dose is found, so expect your doctor to make changes to your medication as needed.

Adults with clinical depression generally take an initial dose of 40 mg per day, taken as one 20 mg release capsule twice per day.

Your doctor may choose to gradually increase your dose over time to a maintenance dose of 60 mg per day, taken either as one 30 mg capsule twice per day or one 60 mg capsule per day.

The maximum daily dosage for treatment of clinical depression should not exceed 120 mg per day, even if you are off schedule and need to miss your next dose.

Adults with generalized anxiety disorder typically take one 60 mg capsule of Cymbalta per day with a maximum dosage that should not exceed 120 mg per day.

Elderly patients are more likely to experience side effects when taking Cymbalta, so they are typically treated at an initial dose of 30 mg.

Children taking Cymbalta typically begin treatment at a dose of 30 mg per day before increasing to 60 mg per day, with a maximum of 120 mg per day.

Patients taking Cymbalta for treatment of fibromyalgia or diabetic peripheral neuropathy typically take a dose of 60 mg once per day.

Current studies do not support taking a dose higher than 60 mg per day for additional benefit.

When use of the medication is stopped abruptly or the dosage is suddenly changed, Cymbalta can cause withdrawal symptoms in the central nervous system and increased risk of suicidal thoughts, particularly in patients who have been taking the medication for more than six weeks.

It’s important that patients do not change their dose of Cymbalta or stop taking their prescription without consulting with their doctor. Due to the high incidence of serious side effect withdrawal symptoms associated with Cymbalta, the term “Cymbalta Withdrawal Syndrome” has been coined to refer to the collection of symptoms that may occur after stopping the medication.

Although Cymbalta Withdrawal Syndrome has a high likelihood of occurrence and can be experienced even when discontinuing the medication under the guidance of your doctor,  withdrawing from Cymbalta under a doctor’s medical can help to minimize your symptoms and will help you to manage symptoms appropriately.

You should seek medical advice if you experience symptoms of Cymbalta withdrawal, which include:

Are There Any Side Effects Associated With Cymbalta?

Possible side effects of Cymbalta generally fall into two categories: common and less common. Common side effects associated with Cymbalta include:

Less common adverse effects that may occur in long-term users of Cymbalta include:

Some potential drug interactions between the use of Cymbalta and the following over the counter and prescription drugs may exist: other SNRIs including venlafaxine, selective serotonin reuptake inhibitors (SSRIs) such as fluoxetine, fluvoxamine, and paroxetine due to increased risk of serotonin syndrome, non-steroidal anti-inflammatory drugs (NSAIDs) such as ibuprofen and naproxen, tricyclic antidepressants, antipsychotics including thioridazine, monoamine oxidase inhibitors (MAO inhibitors/MAOIs) including methylene blue, phenelzine, tranylcypromine, and isocarboxazid, antibiotics such as linezolid, tramadol, ciprofloxacin, triptans, tryptophan, amphetamines, blood thinners, flecainide, propafenone, quinidine, buspirone, and St. John's Wort.